Describe yourself in a few lines.

I have been living in Ireland for 7 years now. I am an ITIA professional member and certified legal translator. I also teach Chinese in UCD and TU Dublin. 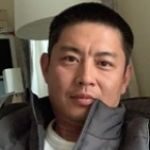 Since graduating from university as an English major, I worked occasionally as a translator and interpreter. I started to do this job because I was asked to do so as a bilingual person, and then I gained enough experience to become a fairly good one, in specific areas. There were certain moments in my career that gave me a sense of achievement (more on that later), which keeps me wanting to do this job.

The most important thing that I did in my career as a translator was taking the exam for ITIA professional membership, and then advancing to become the only ITIA certified legal Chinese-English translator in Ireland. This is a source of great personal pride.

How important are training and qualifications for a career in translating/interpreting.

I think they are very important, although not as important as work experience. The training gives you the theoretical understanding, but where you put your knowledge into practice, where you build your real confidence in various circumstances that are hard to predict – that is the true key to being a successful interpreter/translator. You can’t learn that from a book or other people, you have to experience it to learn it.

How do you find clients?

They find me through the ITIA Website, word of mouth and connections. So it is quite important to maintain a good reputation which is usually achieved from the quality of your work and professionalism.

No, it is not necessary. However, I think it would be nice to find enough work in a particular area that you can then become an expert in. But that’s usually not the case, especially for an English-Chinese translator in Ireland.

I like translation jobs which allow for a little flexibility, such as a promotion of a product. This kind of translation is not constrained to its literal translation but has room for allowing your own creative input to get the underlying message across well.

The best thing is the feeling when sometimes something happens and it just feels right. The translation just comes to you, you can do it well, effortlessly, and the words flow like the “Qi” in an ancient Tai chi master under a pine tree on top of a mountain rock. It usually comes after a long time staring at the text to be translated and nothing better than its google translation comes out of you. These moments don’t come easily and they don’t last very long. Maybe that is why they are particularly beautiful.

The worst thing about being an interpreter is when there is someone who is at the interpreting session who thinks they are better than you and he or she is not shy about correcting your mistakes. For me that can seriously affect my confidence and distract my attention, and it sometimes frustrates me to the point that I can’t maintain my composure. This is especially so when I work under a lot of pressure. Once I got really annoyed and asked a very high level Chinese official to translate a sentence on his own after he interrupted and corrected me quite a few times during my interpretation for a quite important meeting. Of course, that was extremely unprofessional of me and I very much regretted it and apologised sincerely afterwards.

It is almost as annoying when your client speaks for a long time without a break during the meeting/speech without considering that their words need to be translated by a human being. Or when clients show off their large vocabulary and play with words, beating around the bush and hinting at or implying a point.

However, I do understand that this is just my own opinion, and I might be biased as I usually work as a teacher and therefore am used to being the authority in a room.

Is it possible to have a good standard of living?

By only working as a Chinese translator/interpreter here? I seriously doubt it. As a matter of fact, I don’t know any full time Chinese translator/interpreters living in Ireland. There is simply not enough interpreting work that requires the presence of an interpreter, especially not well-paid jobs. For translation work, most people employ people living in China on Internet, because they charge less due to the lower cost of living there.

There are moments where you translate/interpret something beautifully, your translation is not necessarily a literal one, but it perfectly captures the original meaning and sense which sometimes can’t be explained in human language, and transferred into a phrase or sentence that’s equally delicate and expressive in another language. It feels like such an achievement which can only be appreciated by someone who possesses good knowledge of both the languages you are working with. When that happens, learn to appreciate it and be happy. It is rare that others (including your clients) will see the beauty and give it the appreciation that it deserves. Therefore, if you need a lot of recognition and appreciation from others professionally, either give up or learn to be such a good translator/interpreter that your work is universally recognised.